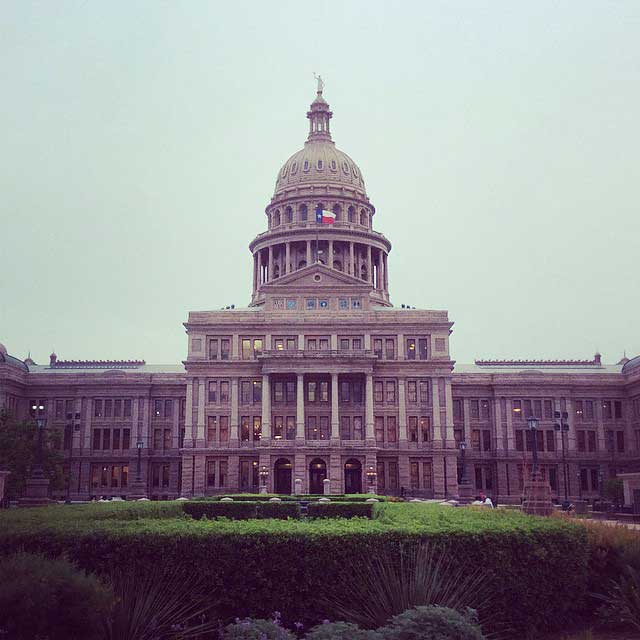 Yes, Austin is a weird, cool place. I’ve been here a few times on business and love the city, the food, the people, and everything about the Texas capital. Texas is a very red state, but Austin is very, very blue. Some of the best food you’ll ever eat is here and you’ll see plenty of Texas pride manifest over at the University of Texas at Austin, or UT (Hook ’em Horns, right?!). The statehouse is mighty impressive, you’ll surely want to hit Sixth Street, and don’t forget to the see the bats on the Congress Bridge–quite an interesting phenomenon.

More than 2 million people call the Austin region home, and that number climbs daily. In fact, they estimate close to 150 people move to Austin EACH DAY! You’ll probably see that if you drive on the overcrowded freeways. Home to Willie Nelson, Austin also welcomes the world each March for the famous South by Southwest, the annual conglomerate of film, interactive media, and music festivals and conference, which grows every year in scope and size. Welcome to the Lone Star State. 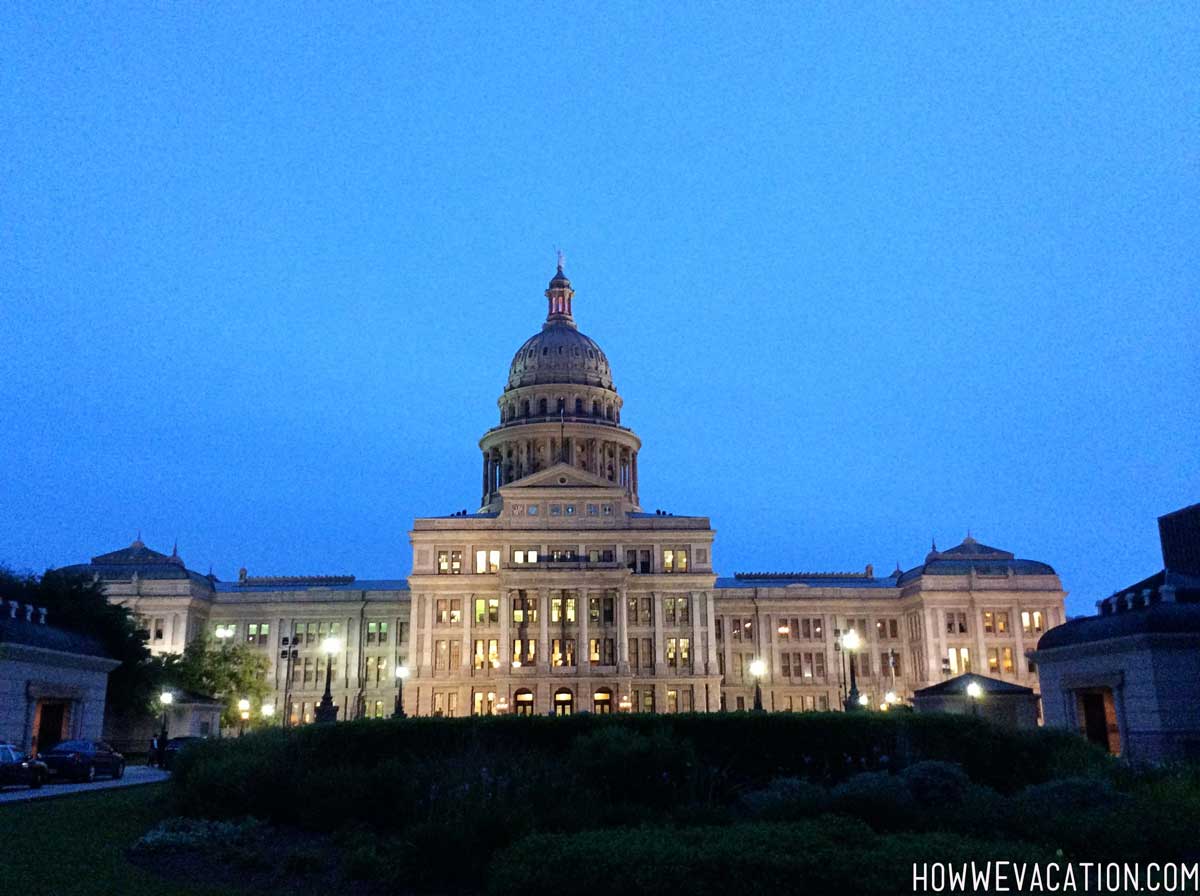 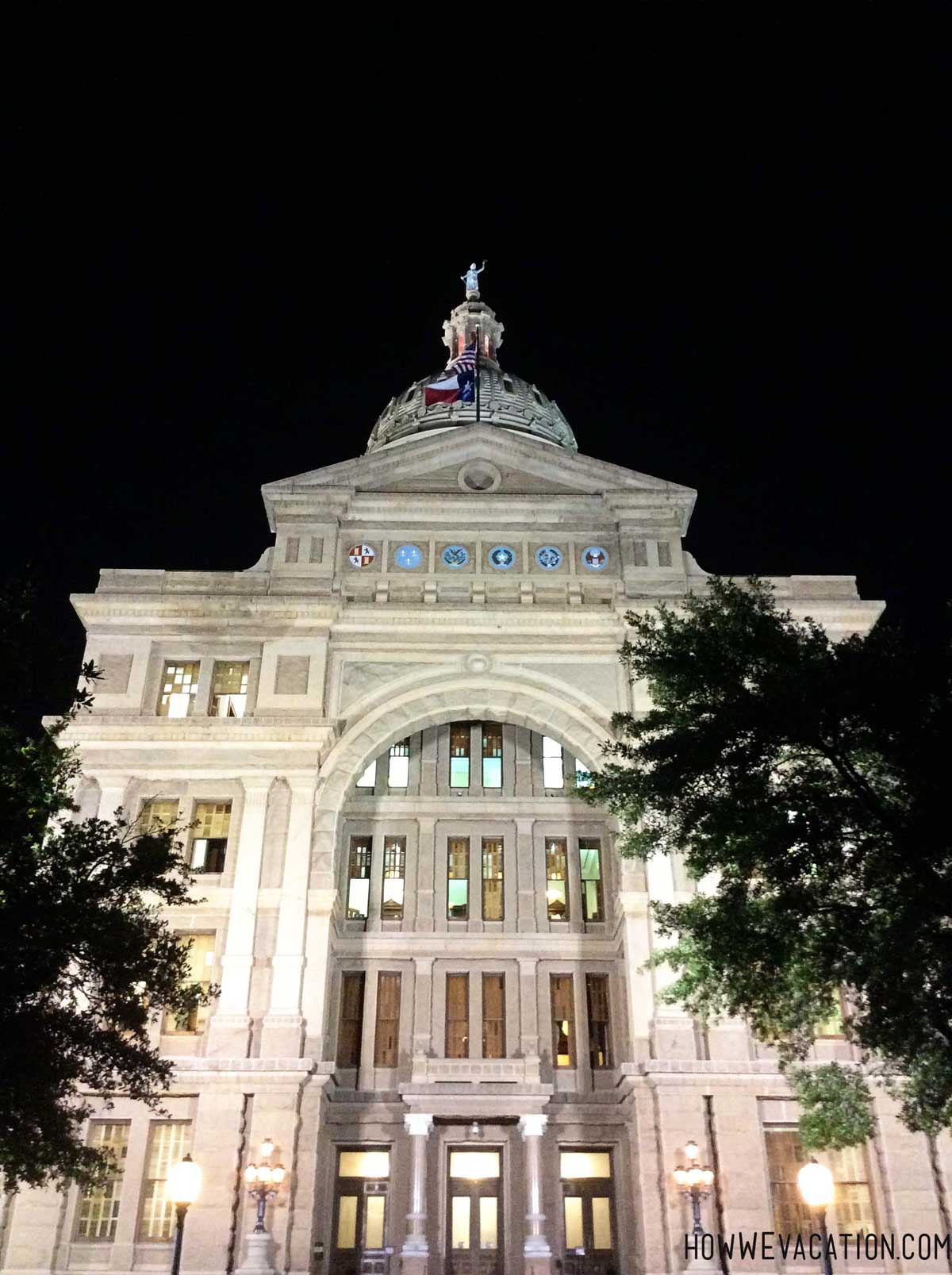 As they say everything is bigger in Texas, including the capitol building. It’s the largest of all state capitols in terms of square footage. The impressive building built in 1888, is located in the heart of downtown Austin and can be seen from all over town. Its exterior is covered in “sunset red” granite with a limestone foundation, making it look a red color during the day and white when lit up at night. 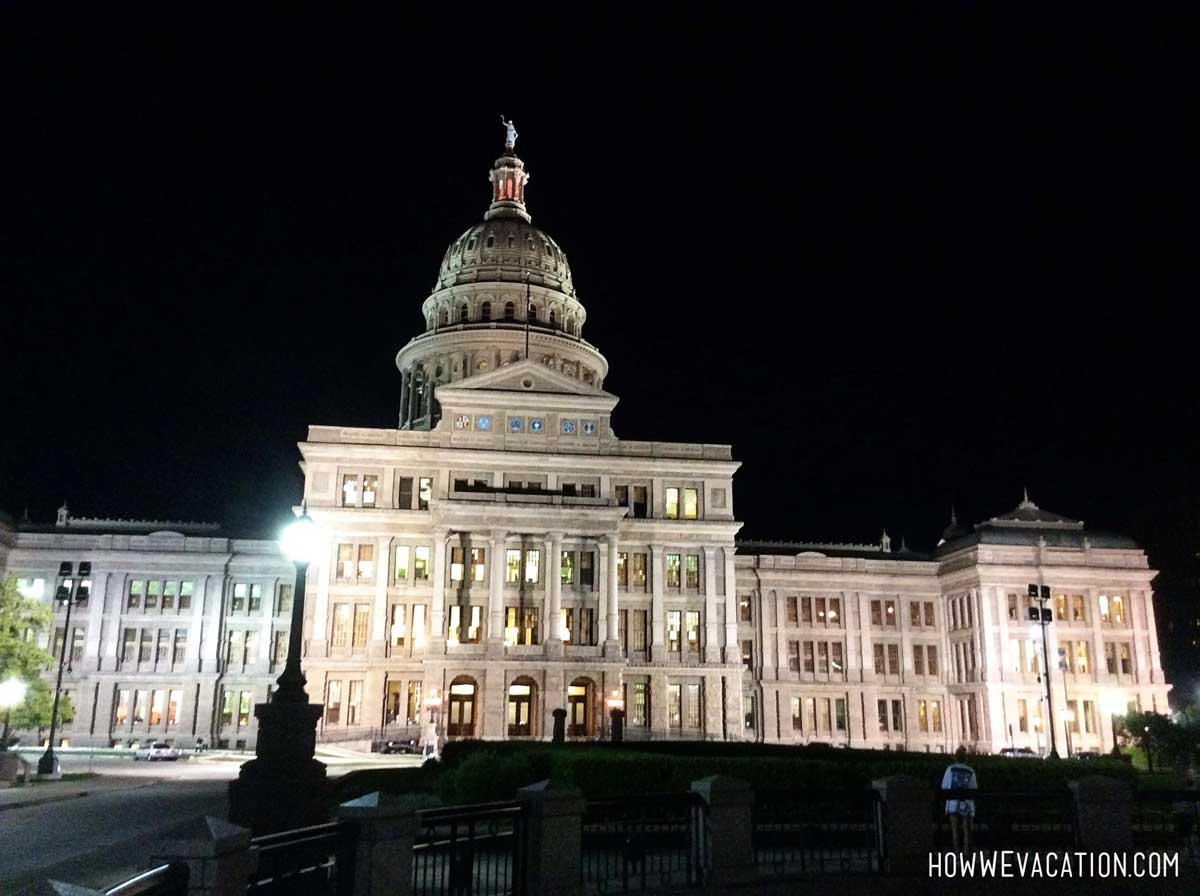 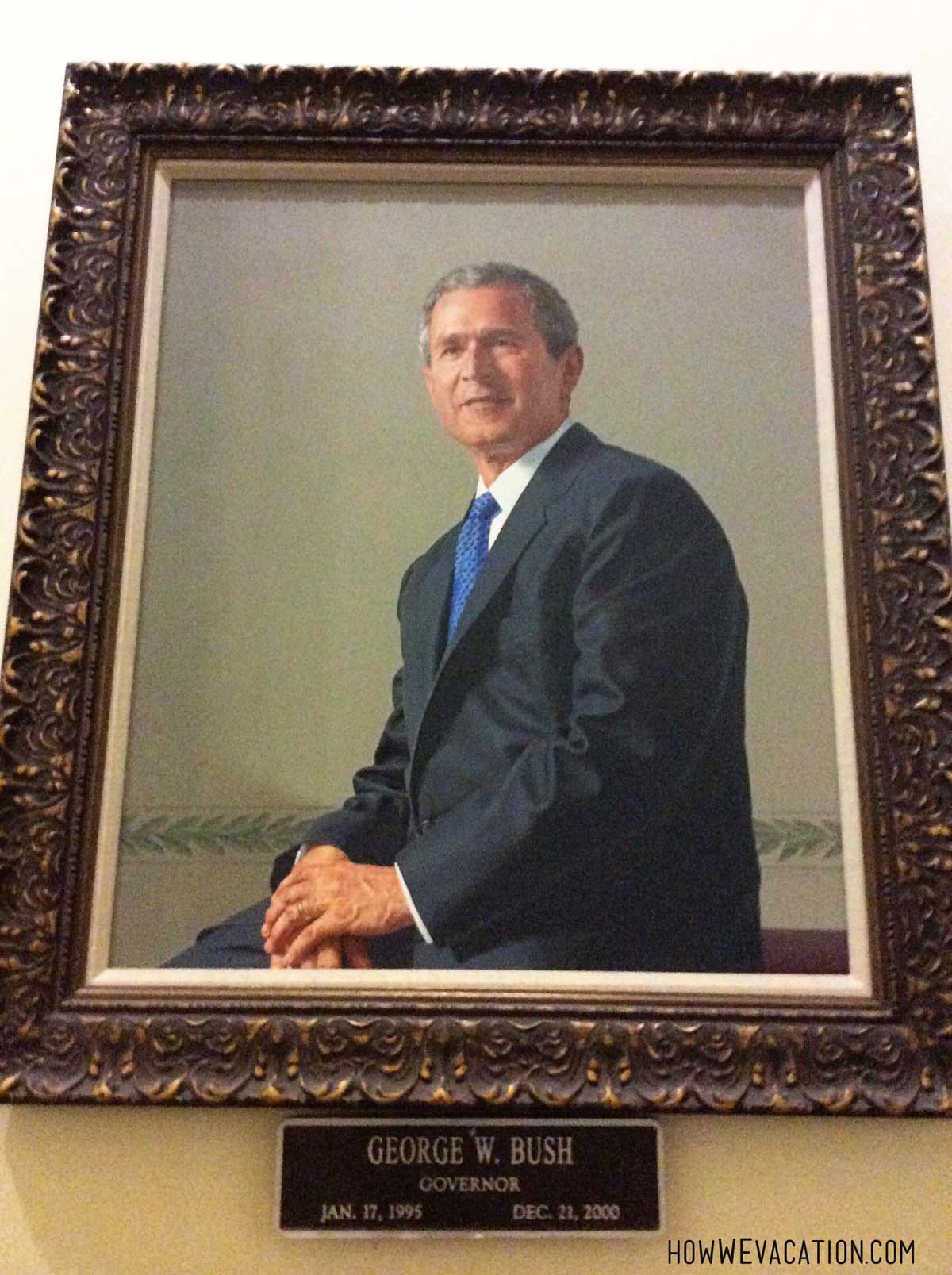 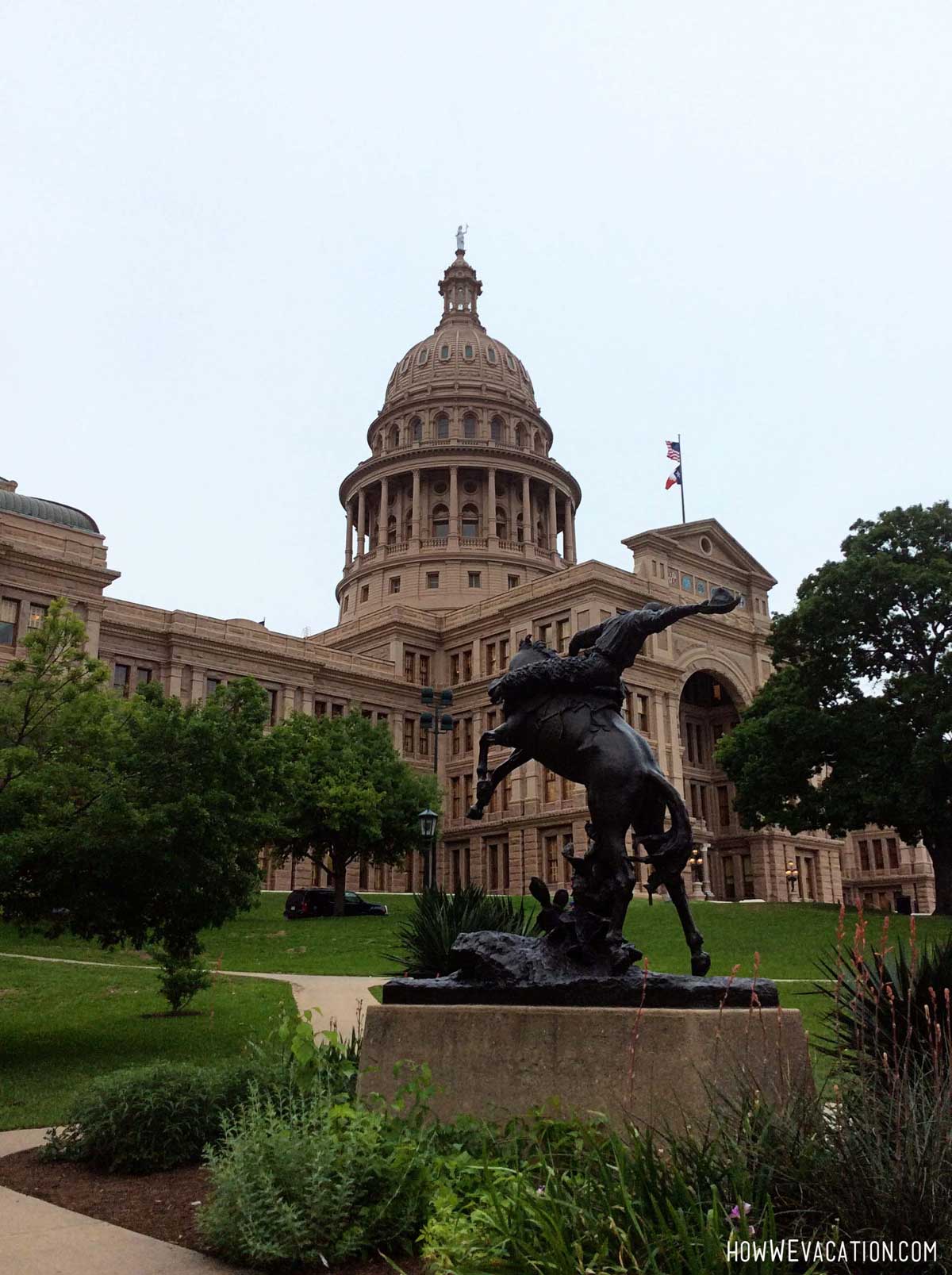 A portrait hangs in the rotunda in the capitol, including the 43rd President of the United States and former Texas governor George W. Bush. 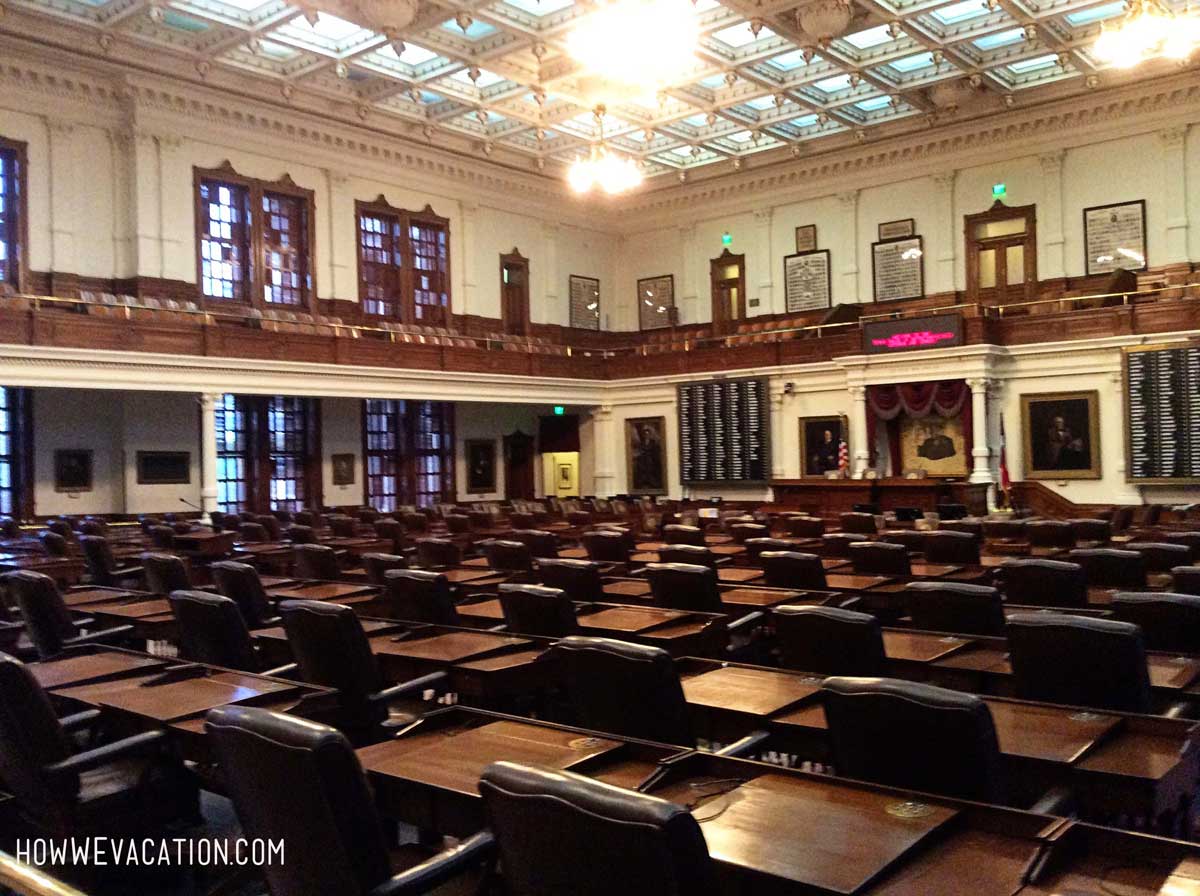 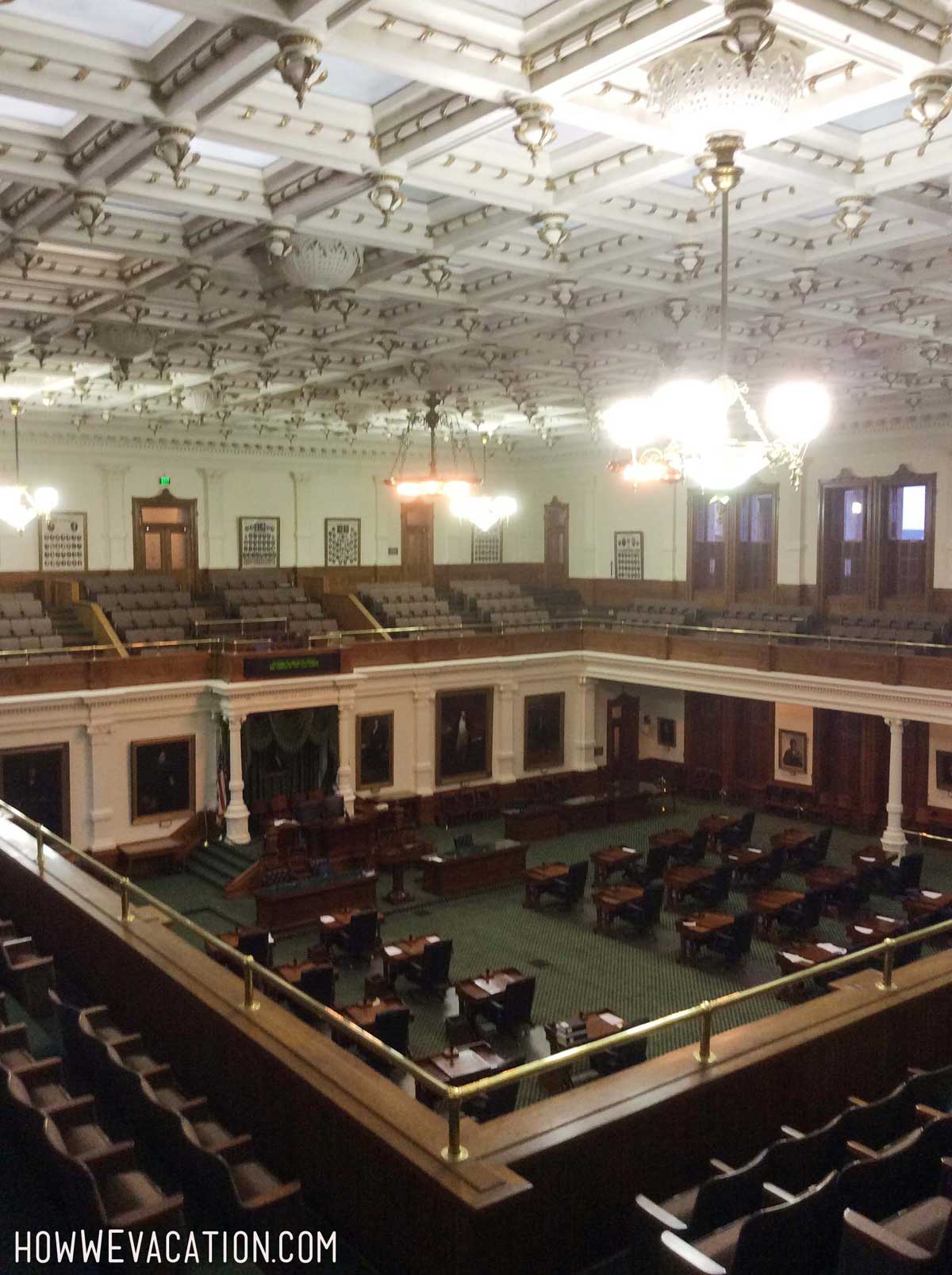 Both the Texas House and Senate meet at the capitol. The Texas Session is held every other year, and so marathon sessions transpire when meetings actually take place. 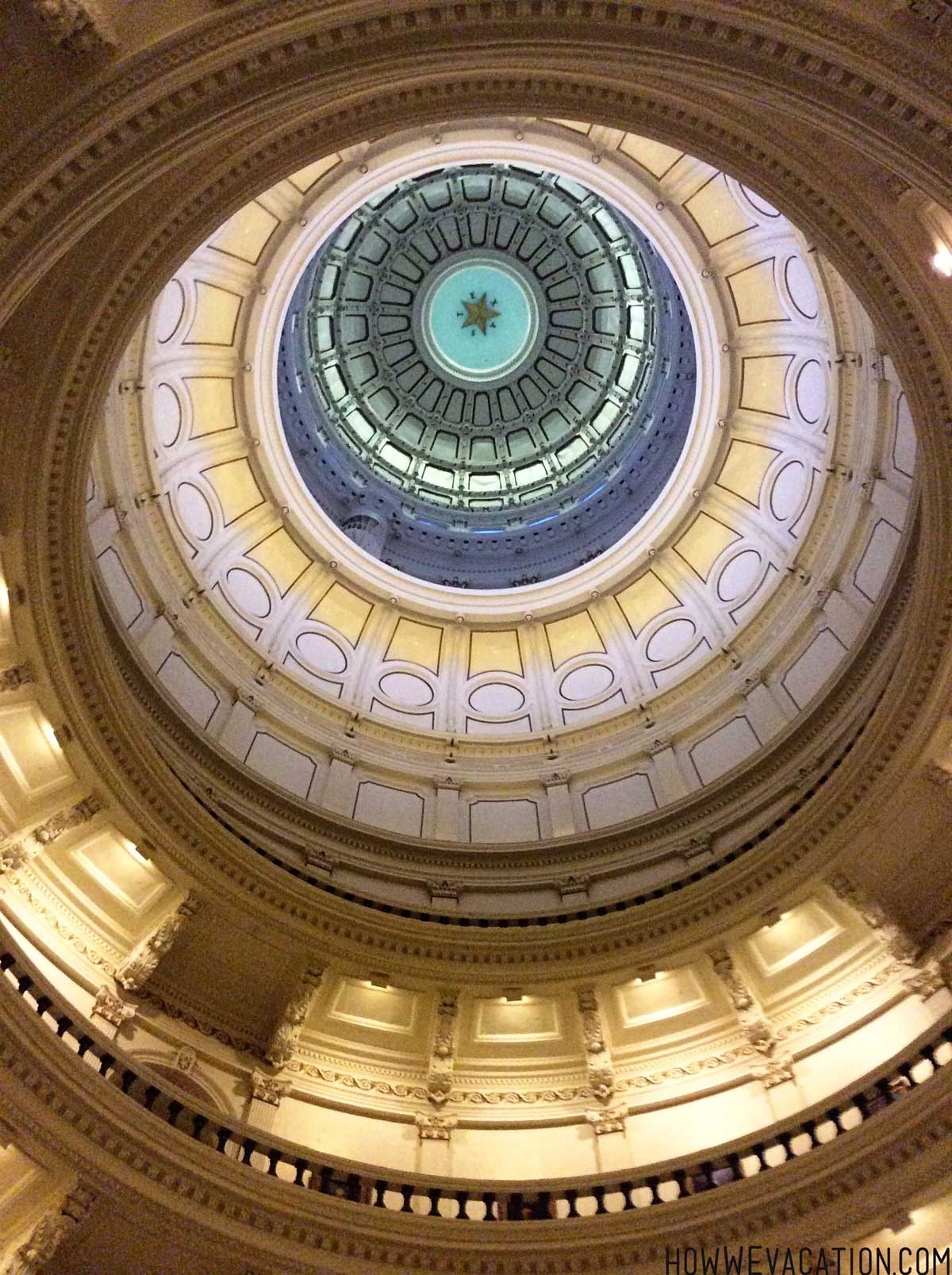 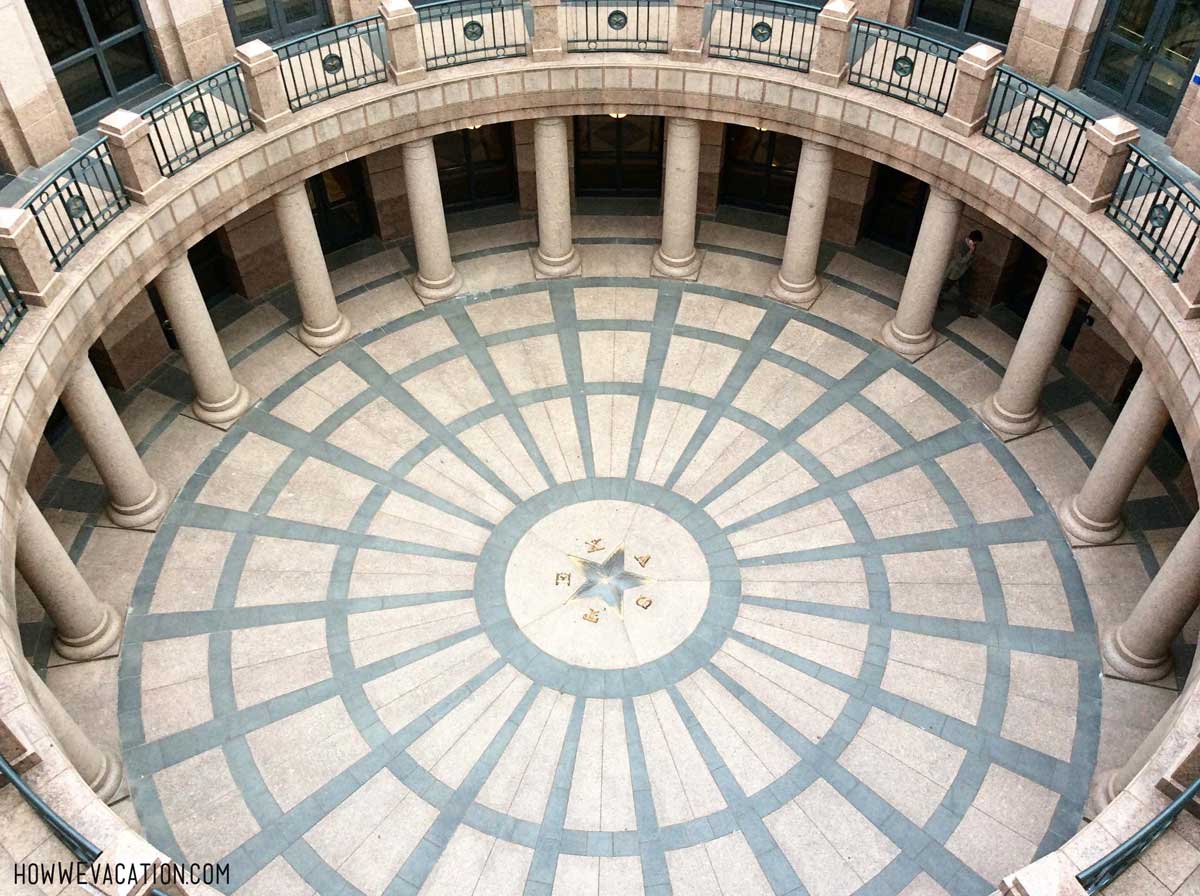 The interior is just as impressive as the exterior. From its Texas floors to its Texas-branded ceiling. 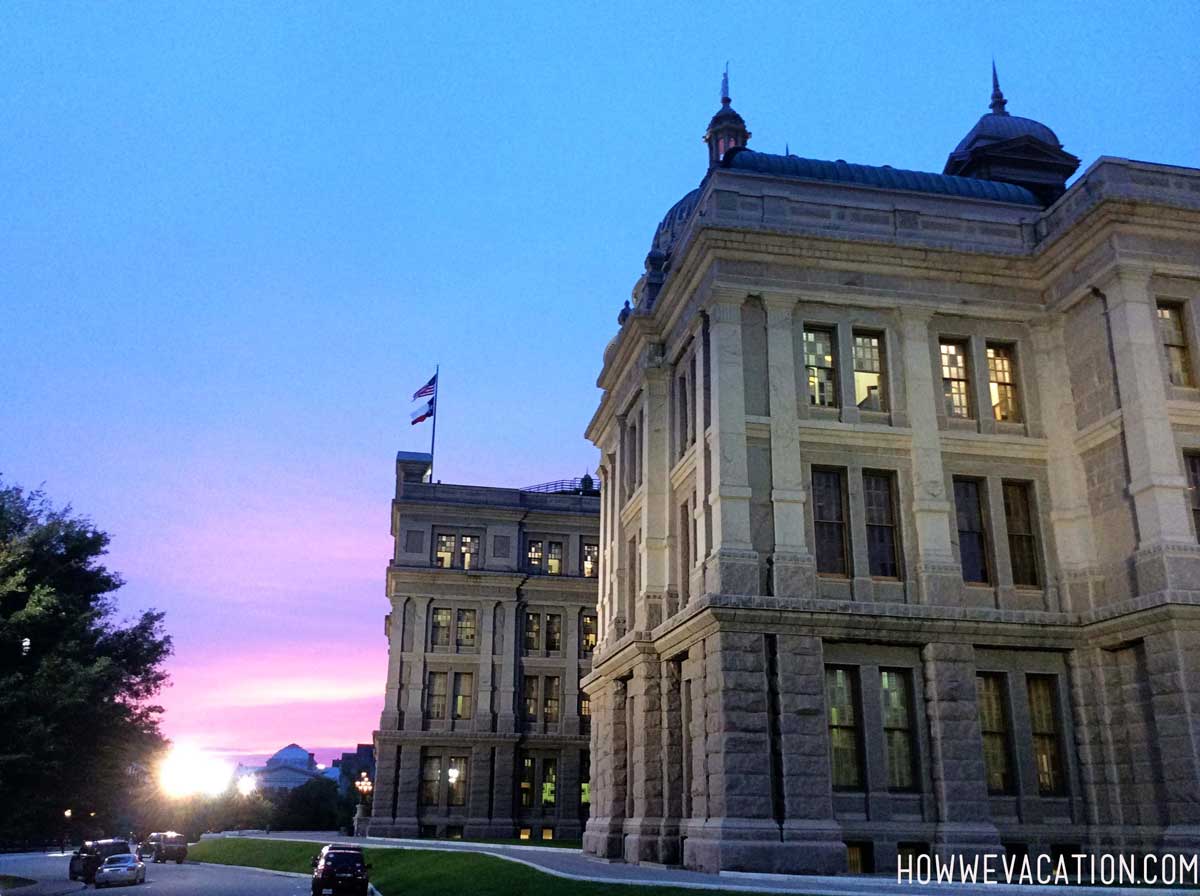 And what a way to conclude the day: A beautiful sunset to the west of the capital.

University of Texas at Austin 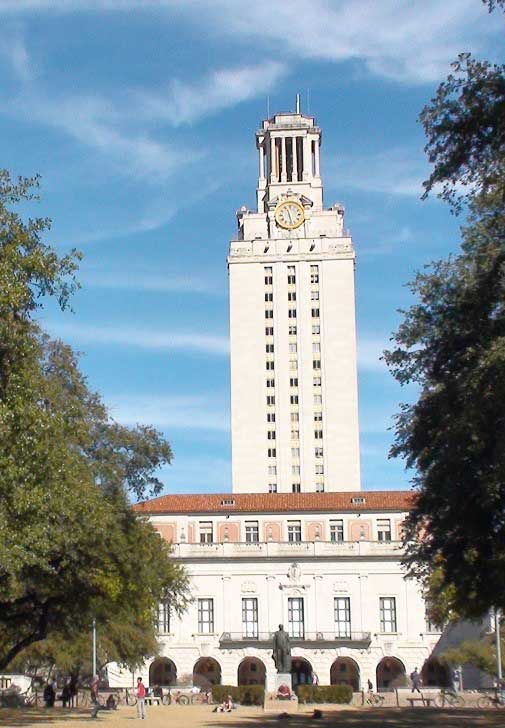 The Main Building, also known as the Tower, is a recognizable symbol on the University of Texas campus. 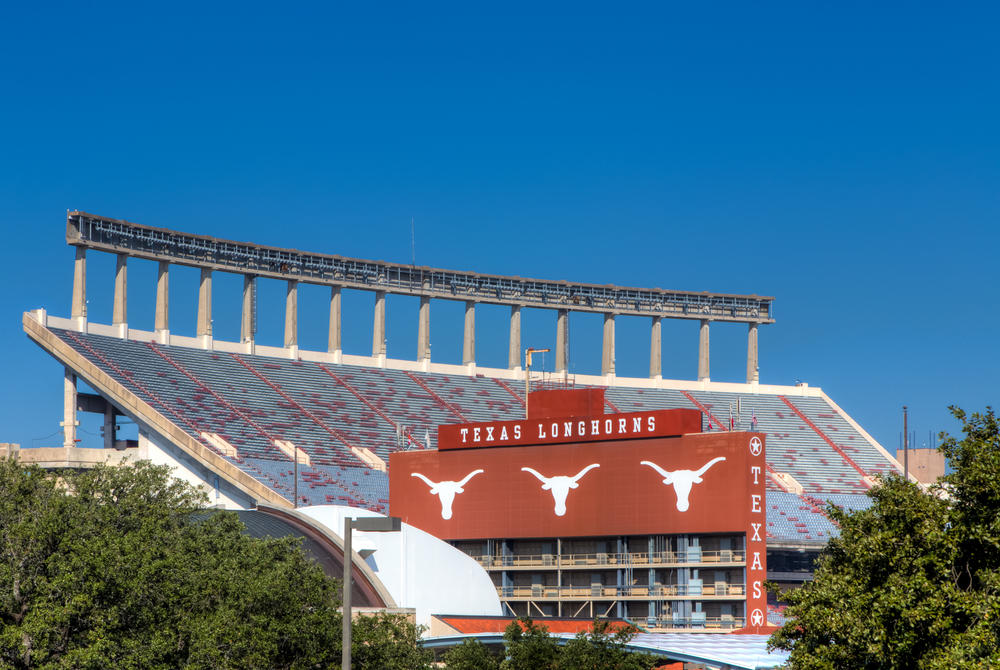 Bats at the Congress Avenue Bridge

The largest urban bat colony in North America can be found living underneath the Congress Avenue Bridge. During “bat season” (which is March through November, with the best months being August and September), swarms and swarms of bats fly out in the evening typically around dusk.

Especially in the warmer weather (typically August and September) hundreds of people line the bridge in anticipation of the bats. Yes, kind of weird, but also kind of cool! 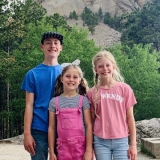 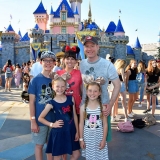 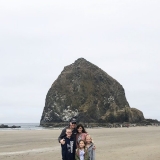 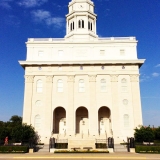